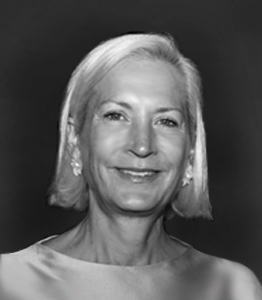 Linda Bond is a partner at KBS. She began her public career in the Reagan Administration Office of Management and Budget (OMB) press office and later for the director of the Voice of America (VOA). In 1984, she joined the Reagan-Bush presidential campaign, working for presidential speechwriter Ken Khachigian.

In 1985, Ms. Bond served in Munich as director for Germany for the International Rescue Committee (IRC), assisting Eastern European refugees seeking asylum in the United States, and addressing Yugoslavian refugee entry into Hungary in 1991.

In 1992, she moved to New York to work for businessman Ted Forstmann and Empower America, a think tank that included principles Jack Kemp, Bill Bennett and Jeane Kirkpatrick. Ms. Bond was responsible for fundraising efforts and managing board and donor relations.

For more than a decade, Ms. Bond worked as a consultant to the Ronald Reagan Presidential Foundation, coordinating major events in Washington, D.C., New York and Los Angeles that raised money for statue unveilings in the Capitol Rotunda, Reagan Airport, Central London, Budapest and Tbilisi.